We are a full service property management company

We work with commercial, industrial and residential property owners managing day-to-day issues that typically confront the owners and their tenants. Effective real estate management and building maintenance are critical to avoiding larger problems and protecting owners’ investments. Property owners do not always have the time or knowledge on how to best maintain their real estate investment. Our attention to detail and responsive service keep owner and property management problems to a minimum. The SingleSource service is geared toward improving your bottom line while decreasing the stress and aggravations associated with managing multiple properties. Equally important to our business are our partnerships with other property managers to fill gaps in service areas on an a la carte basis.

Why Work with SingleSource Management Services

Providing an all-inclusive package or an a la carte list of property management services, we work with commercial, industrial, and residential property owners. Often, investment is the core competency of a property owner. They want to hand off the day to day responsibilities of being a landlord to a reliable and competent property management company. SingleSource is prepared to help owners achieve their goal and help owners solve the problems that cause them the most concern. 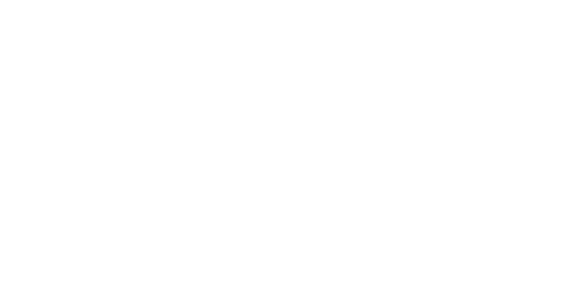 An important part of our business model is working with other property management firms and real estate agencies that manage real estate investments. We will customize the relationship to fill gaps in your service areas, and/or to resolve problem areas with your clients.

We provide maintenance and build-out services to over 100 properties managed by numerous realtors in Western Pennsylvania.

From contracting and maintenance to leasing and accounting, we approach everything we do from an owner’s perspective to ensure the highest standard of services.

Our services may be contracted separately or bundled into a comprehensive property management agreement.

Perform detailed documentation of the interior and exterior including photos

SingleSource takes maintenance very seriously. We understand the importance of following proper maintenance cycles and how not doing so can have a significant impact on cost controls. We adhere to strict daily preventative and cycle maintenance programs structured to stay within budget and to help avoid unexpected issues and related expenses. Our maintenance professionals are exclusively contracted by SingleSource Management, LLC and are well supervised and monitored.

Establishing strong relationships with property owners and tenants is a core competency at SingleSource. We are committed to staying aligned with the owners’ interests and business priorities, and to maintaining the highest standards when providing owners and tenants agreed upon maintenance.

Whether your property is a commercial office, a retail establishment, an industrial plant, residential apartments, or a standalone home, we will customize a maintenance program that meets your needs and adheres to our strict standards.

Every day Maintenance for home owners could include services such as:

When owners have a problem and need it resolved right away, SingleSource will make that happen.

SingleSource’s bookkeeping and accounting group helps to keep your property operating efficiently from a financial perspective. This allows you to focus on other business priorities. Let us worry about timely billing and rent collection, maximizing your return on investment. From collecting rent payments on your behalf to providing accurate financial records, SingleSource can alleviate the monthly tasks that take property owners so much time to handle on their own.

Frank has been the President of SingleSource Management Services and its predecessor Company SMA Property Management since 2012. He is responsible for overseeing all aspects of the business including daily operations. Prior to SingleSource, Frank served as the General Manager of Atlantic Asset Management and as the Facilities/Property Manager at Trinity Commercial Development since July 2009.  At Atlantic Asset Management, he managed all day-to-day operations of 4 retail centers, which included 180,000 sq. ft. of retail space and over 38 tenants such as Wal-Mart, Rite Aid, Verizon, Dollar Tree, Dollar General, Aldi, Rent a Center, and Radio Shack. Frank had oversight responsibilities for all aspects of leasing, maintenance, contracts, and accounting, and coordinated all build-out, repair, and preventative maintenance work for the tenants. Frank’s early career included almost 10 years of experience in the consumer goods industry working for Revsale Corporation, the parent company of Revlon Inc., in New York City. From September 1999 to December 2008, Frank held a number of positions with Revlon and managed over $81M in gross sales annually. Prior to Revsale, Frank was employed as a sales engineer at TeleTracking Technologies and worked in the online banking dept. of PNC Bank.
Frank is a 1994 graduate of The Ohio State University. As an experienced contractor, Frank has overseen numerous residential and commercial projects ranging from a residential re-paint to $200k retail build-out.

Randy has been working with SingleSource Management Services since January of 2015. He has been instrumental in his role of Property First Responder, working with Property Owners to determine the issues that confront them and how best to proceed. Additionally, he works with Tenants to schedule service repairs and installations.  Randy works with numerous municipalities and serves as the Code Officer in Beaver, Vanport, Industry Borough and Patterson Township, representing them in court for Property Maintenance as set by their respective Boards and Council.  Randy was a long time employee of Homer Laughlin. Retiring in 2008. He continues to work in key roles including being an Active Volunteer with Beaver Country Firefighter and Fire Police, First Responder in the township of Vanport, and Code Enforcement Training Officer in Patterson, Vanport, and Industry.

Randy and his wife Sharon along with their five children have lived and/or been raised in Beaver Country, PA.

We use cookies on our website to give you the most relevant experience by remembering your preferences and repeat visits. By clicking “Accept All”, you consent to the use of ALL the cookies. However, you may visit "Cookie Settings" to provide a controlled consent.
Cookie SettingsAccept All
Manage consent

This website uses cookies to improve your experience while you navigate through the website. Out of these, the cookies that are categorized as necessary are stored on your browser as they are essential for the working of basic functionalities of the website. We also use third-party cookies that help us analyze and understand how you use this website. These cookies will be stored in your browser only with your consent. You also have the option to opt-out of these cookies. But opting out of some of these cookies may affect your browsing experience.
Necessary Always Enabled
Necessary cookies are absolutely essential for the website to function properly. These cookies ensure basic functionalities and security features of the website, anonymously.
Functional
Functional cookies help to perform certain functionalities like sharing the content of the website on social media platforms, collect feedbacks, and other third-party features.
Performance
Performance cookies are used to understand and analyze the key performance indexes of the website which helps in delivering a better user experience for the visitors.
Analytics
Analytical cookies are used to understand how visitors interact with the website. These cookies help provide information on metrics the number of visitors, bounce rate, traffic source, etc.
Advertisement
Advertisement cookies are used to provide visitors with relevant ads and marketing campaigns. These cookies track visitors across websites and collect information to provide customized ads.
Others
Other uncategorized cookies are those that are being analyzed and have not been classified into a category as yet.
SAVE & ACCEPT